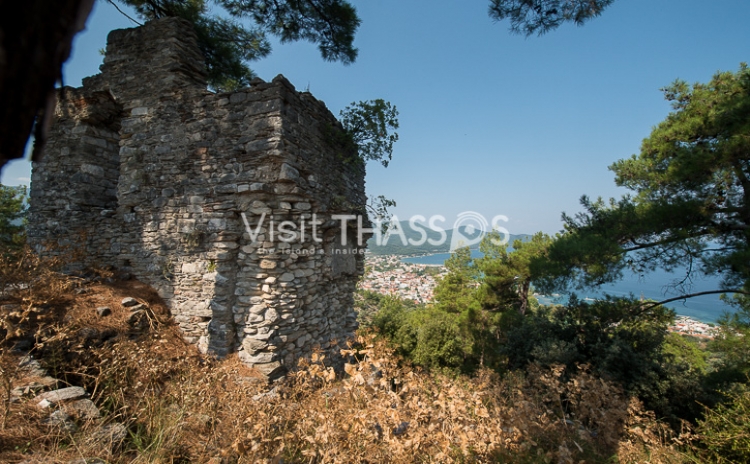 A few words about Akropolis..

An uphill path that runs parallel to the ruins of the fortification wall of the ancient city, leads to the Acropolis, the first of three hills.  It was built on a rectangular plateau.  The position is ideal and served as an excellent observatory 137m above sea level.

Acropolis owes its current form to the medieval times however there is a corner of the wall built of marble that belongs to the Acropolis of the 5th BC.  This is where the sanctuary of Pythian Apollo was located based on the inscriptions found referring to its worship.  A castle was built during the Byzantine period in the place of the temple of Apollo.

The foundations of the temple of Athena are preserved till today on the second peak of Acropolis.  It dates from the 5th century BC.  The sanctuary of Pana is carved in the rocks near the third peak of Acropolis, where inside there is a raised design of the goat-footed god.

Near the southern peak of the Acropolis, at the point where there is a large stone with a pair of eyes and nose, used to be the wall and the Gate of Parmenion.  Further ahead there is another large stone into the wall with an inscription dating from around 510-490 BC.  The gate of Hercules and Dionysus are dating from about the same period.

Descending one can see the largest part of the temple of Hercules unearthed by archeological excavations.

It was built on a rectangular plateau. The position is ideal and served as an excellent observatory 137m above sea level.