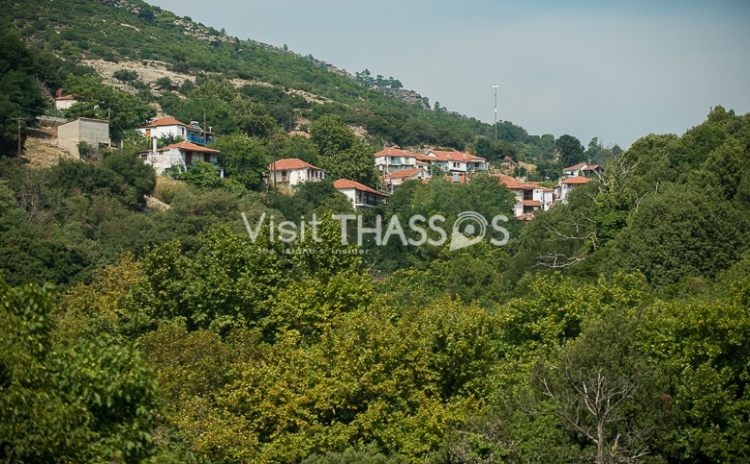 A few words about Maries..

Maries is one of the oldest mountainous villages of Thassos in the western side of the island, built in a lush gorge.

There are quite a few legends going around for the origin of its name.  One of them argues that the name came from the fact that almost every woman in the village had the name Maria and another says that the village had many mulberry trees (Μουριά in Greek).

Originally the village was built where today stands the monastery of the “Assumption of Virgin Mary” but was later transferred at its current location for fear of pirates.

The Monastery of the “Assumption of Virgin Mary” is a chaste place of worship that exudes serenity and respect.  The image of Virgin Mary is a priceless treasure for the monastery while the chapel of “Timios Prodromos” on the north side is truly a work of art.

Under the shade of the centuries old mulberry tree in the center of the village is the church of “Taxiarches” decorated with wonderful frescoes.  On 12th of September, each year, in its courtyard the ‘bean soup feast’ is organised, which has become some sort of tradition.  Bean soup and wine is distributed to those attending under the sounds of traditional and folk music.

Visitors can stop at the square of the village to quench their thirst with the cool water coming from adjacent springs.

Crossing the village and heading towards the mountain, somewhere among the pine trees you will meet the artificial lake of Thassos.  It is a beautifully landscaped recreational area with kiosks and benches, where you can relax and listen to the sounds of nature.