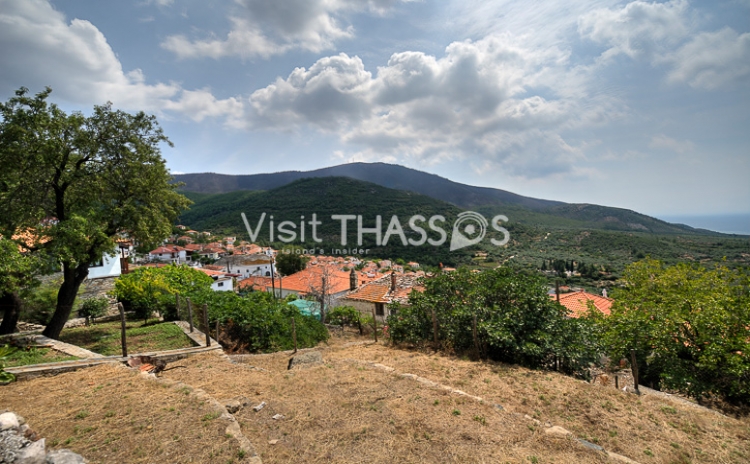 A few words about Kallirachi..

One of the oldest mountainous villages of Thassos, “Kallirachi”, is located in the west side of the island and was built when the residents abandoned the old village “Kakirachi”, during the years when the risk from pirates had been eliminated.

At the top of the hill, overlooking the bay of Kavala is the chapel of “Metamorphosis”, which is of historical importance since the ruins of a wall around it place it in the Byzantine times.

The center of the village is the square with the two beautiful cafes right and left of its traditional fountain.

The narrow streets passing through the village are offered for walking.

A beautiful fairytale mansion houses the folklore museum whose exhibits refer to the lifestyle of the previous century.

A great number of people visit the chapels of “Agioi Anargiri” and “Agios Constantinos” during the celebrations in honor of the saints.

Of priceless cultural value are both arched stony bridges in the region, made from craftsmen from Epirus, in the northwest part of Greece.

Various cultural events are organized in the village, but the most popular is the reunion of dance associations of northern Greece, every year the first week of August, who present traditional dances in the courtyard of the elementary school of the village.

This is not a tourist developed village; however the tranquility and the beauty of the landscape will offer you moments of well-being both physically and mentally.