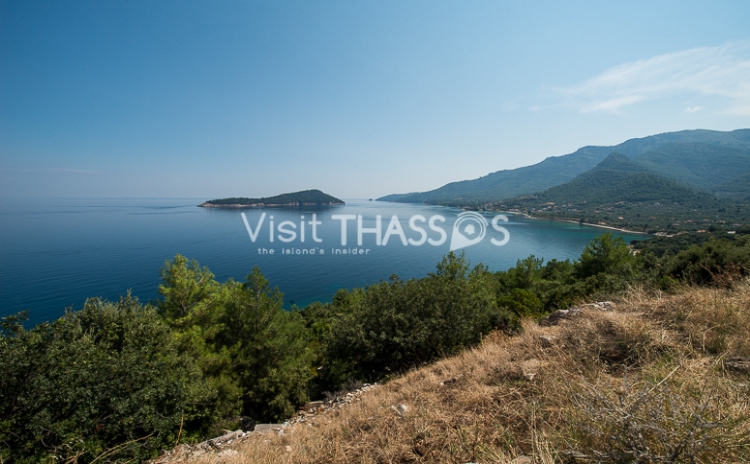 A few words about Kinira..

Administratively it falls under Theologos and it has been recognised by the state as a village of unparalleled natural beauty.

Opposite Kinira, one can see the small private isle of ‘Kiniriotiko’ covered with pine and olive trees.  It is a great place for fishing according to local fishermen with some steep rocky privy beaches.

Historian Herodotus in his reports mentions about the gold mines in the area, today known as ‘Paleochori’ and the remains of Byzantine baths in today’s location ‘Loutrou’.

The location where pirates slaughtered many residents of Kinira in the past is known as ‘fonias’ (killer).

In the village one can find a plentiful of hotels, supermarkets, restaurants and tavernas.  One such tavern has exceptional location, right on top of a cape, with magical views of the sea and the island of Samothraki.

Kinira has seen rapid tourist development in recent years as visitors are attracted by the wonderful beaches and the beautiful green landscape.

Dense vegetation and crystal clear waters are some of the strong features that this place has to offer, which makes this a fabulous holiday choice.