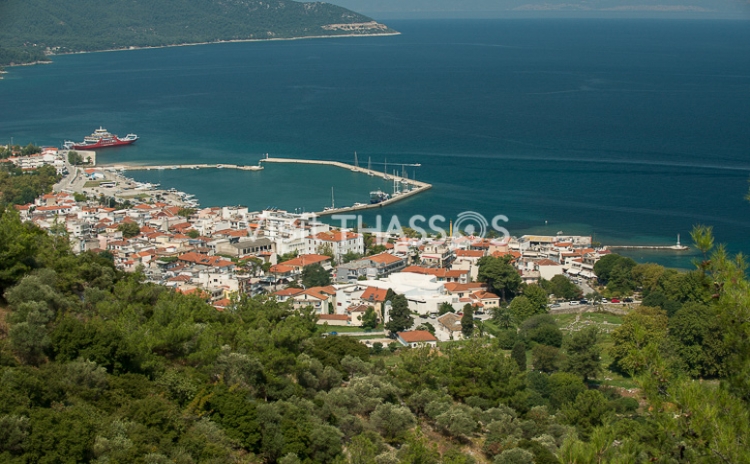 A few words about Ancient Port..

The ancient port of Thassos located in front of the archeological museum was twofold: a closed military port and an open commercial one also known as “Evreokastro”.  Both are among the most characteristic and best preserved ancient ports of Greece.  The ancient military port was surrounded by sea wall, which was nothing more than the extension of the land wall into the sea.  The part of the wall that separated the port from the city does not exist today.  For this reason, it is difficult to say with certainty if there was direct communication between the two regions except from the two gates in the city wall towards the port that are saved till this date.  The fortification of the port dates back to the late 6th century BC and early 5th century BC due to the similarity with the land fortifications.  At the end of the 4th century BC the sea wall was reinforced with circular towers. The foundations of the towers and the jetty have been reserved. Walking around the area of the ancient port, if the water is clear, one can easily recognize the form of the ancient port. The ancient military port was exactly the same size as the current “Palio Limanaki” (Old Port) in front of “Kalogeriko”, where the fishing boats moor nowadays. The only underwater excavation conducted by the French Archaeological School had as a goal to clean the seabed and excavate the port in order to allow the larger ships to dock.  However, due to the many archaeological findings, any type of intervention was forbidden by the Archeological Department.  The ancient port, besides its exceptional quaintness, constitutes a very important site of the island because it is nowadays used for the mooring of fishing boats.

In the northeast is located the basin of the open commercial port, protected from the north winds by a reinforced breakwater.  In the neck of a small peninsula, at the cape of “Evreokastro” stands a small chapel, built on the ruins of an Early Christian Basilica dedicated to Saints Apostles.   The ancient commercial port of Thassos is situated in the location “Karnagio”, where ships are being constructed out of pine wood.

The ancient port of Thassos located in front of the archeological museum was twofold: a closed military port and an open commercial one also known as “Evreokastro”. Both are among the most characteristic and best preserved ancient ports of Greece.